This post has been percolating in my mind for several weeks.  It’s about the affect our words can have on other human beings.

At a recent cyclocross race I was very near another racer whose family speaks a foreign language.  On each lap when we passed her family members, I would hear them shouting to her in what could have been Russian or German.  Since I don’t speak the language, I was unable to understand what exactly was being said to my competitor.  Regardless of which language it was, I didn’t get the sense that what was being shouted at her was entirely encouraging nor supportive.  At the finish line, I saw an exchange between this competitor and her family that clearly was not supportive.  As her family walked away in what appeared to be disgust, the cyclist sat down in a heap on a curb in the shade by herself to catch her breath.  At about that same time, my family approached me and offered hugs, high-fives, and congratulatory words, despite the fact that I finished nowhere near the podium.  When I finally quit coughing, I looked around for that competitor because I wanted to congratulate her on a tough race, but she was already gone.  I was disappointed that I missed her and I thought of her and what I had seen at the finish line often over the next few days.

At the next race, I arrived at the start line a little early.  As I stood there, my competitor from the previous race appeared.  Since her family was not around, I immediately approached her and struck up a conversation about the previous race.  I told her that I was sorry that I had missed the opportunity to tell 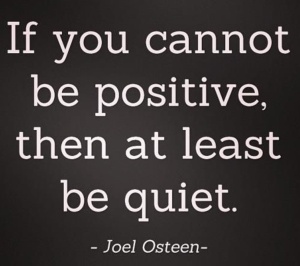 her after the previous race what a strong racer she is.  As I finished this sentence, I notably saw her stand a bit taller as her chest expanded with pride.  She began to radiate confidence as we talked.  Not long into our conversation I realized that she was just a child.  A younger child than my own, in fact.  I wished her good luck on the race as the call ups began.

I once heard a phrase or saying that went something along the lines of: you are responsible for how another person’s words make you feel.  I never agreed with the saying because it implies that one person’s words should have zero affect on another person.  But clearly from this example, they do.   Especially when they come from the people you know and love.  I’m grateful that the opportunity presented itself for me to offer kind words to that young competitor.

I challenge you to find one person each day who you can offer kind words of encouragement to, whether it’s a friend or a stranger, a team mate or competitor, a child or an adult, even your partner.  Then sit back and watch that little seed of confidence grow into something bigger.  Sometimes you’ll get to see it blossom before the conversation is over.

4 thoughts on “Lessons in Encouragement”